I am so pleased to announce that I have finished knitting my slippers before the Little Twiglet arrives. Now I will have some snug footwear to take with me! The pattern I used was Little Red Riding Slippers by DROPS Design. People who have a familiarity with it may shudder, as it was not a particularly easy pattern to follow or to get the leg and foot parts attached so as to sit nicely, but I beat them into submission and I like them very much. They are knitted in DROPS Eskimo ‘Bordeaux’ and I got the very styley silver buttons from Etsy. While using coins to suss out where the buttons would sit I decided silver was the way to go. I had trouble finding silver buttons that I liked though. What has happened to all the button supplies these days? I don’t want buttons that look like everyone else’s buttons!

Now that my feet are sitting inside the slippers all snug and warm I am going to forget about those bits (the bit where one cable section doesn’t overlap the right way because I wasn’t focusing, the bit where I did that again on the next slipper but noticed in time to rewind and fix it and the bit where I attached one leg too tightly, and in trying to locate and undo my way-too-well hidden knot I managed to cut an unsuspecting thread that made a big hole, which was hastily fixed in a very improper way but I don’t think it will be noticeable). Yeah. The pattern itself wasn’t actually that hard but it’s hard to focus when you have baby brain. It was handy that someone else on Ravelry had rewritten the pattern more clearly and made a video of how to make the slippers. This was my first time reading off a chart too so all around not a bad effort I think. 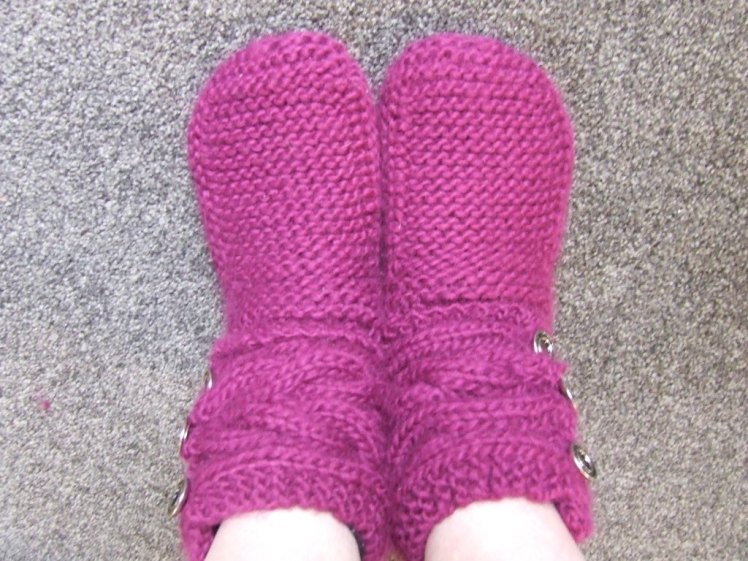 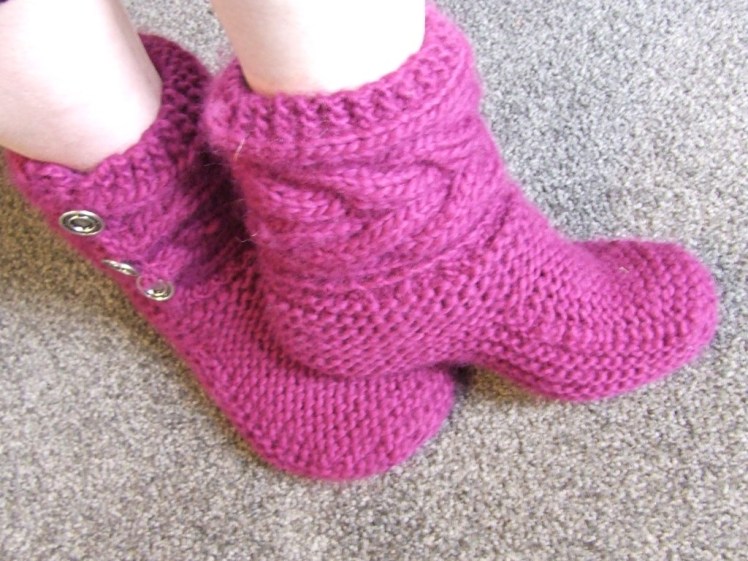 And for a little more knitting, here is what The Mother has knitted for Little Twiglet: a cardigan, hat and booties in lovely soft wool. Yay!

Next up, I am going to begin knitting my own cardigan for Little Twiglet, which will be my first actual clothing project outside of scarves, hats and footwear. Hopefully I can get a chunk of it done before its recipient arrives…