Today has been one of the most miserable weather days of the year, chilly and raining, and I have been stuck inside with The Little Fulla again as he battles the flu. That is not anybody’s idea of fun. The poor dude is miserable. My ventures outside were restricted to picking lemons and tangelos and checking the chickens and collecting eggs. Frodo and her chicks were not allowed outside today, owing to the crappiness level of the weather. 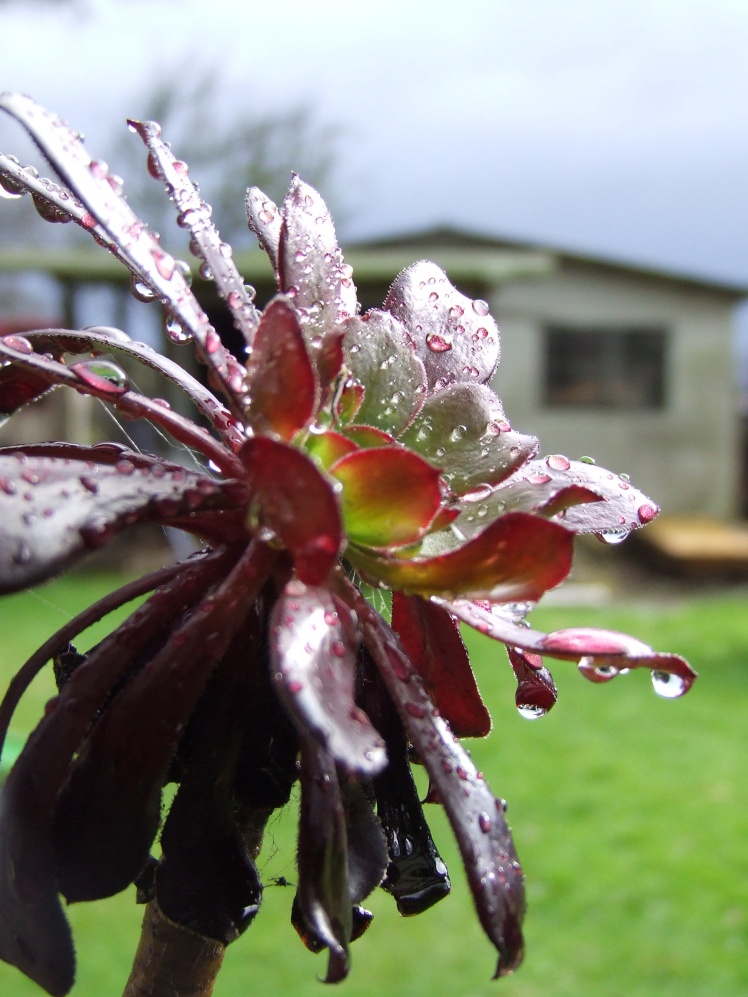 However, I am actually quite relaxed since I’ve been relegated to the indoors. My plan for the day at the moment is: look after the small, sick child. Anything else is a bonus. There was a bonus yesterday. I did some tidying.

The kombucha brewing jar had been sitting on the kitchen bench for a while, which wasn’t ideal in terms of space. Our kitchen is tiny. I found a new spot for it to go, but it was where the fruit plate sat. I found a new spot for the fruit plate to sit, but it was where a pile of The Husband’s clutter sat. I have been wanting said pile of clutter on top of the china cabinet to be dealt with for quite some time. So, we dealt with that. Tools, cable ties, screws, electrical tape, sandpaper, receipts, torches, one glove and more… These are not things that belong on top of a cabinet by the dining table. A bit of the clutter was mine though. I had a container of acorns and a container of feathers sitting on one side of the china cabinet waiting to find a purpose…

While I was on a roll, I also sorted out the china cabinet drawer below, which had similarly become a dumping ground for ‘stuff’. I hardly ever opened it because the amount of stuff in there made me nervous. Do you know how many pens I found in that drawer? 19. Nineteen! What does a man want with so many pens? He transferred them into the proper pen drawer in my desk and then the drawer got stuck because there were so many pens stuffed in it. Well, now I know where all the pens kept disappearing to.

I am feeling quite pleased with myself now. Things are looking a lot more tidy and nice and the kombucha jar is in its new spot. It even has space beside it for its future jar buddy: water kefir. We are still brewing kombucha, with organic white tea, but I’m also still keen for a non-tea probiotic drink. I have even found a friend who does water kefir and can give me some water kefir grains to start my own some time in the near future. 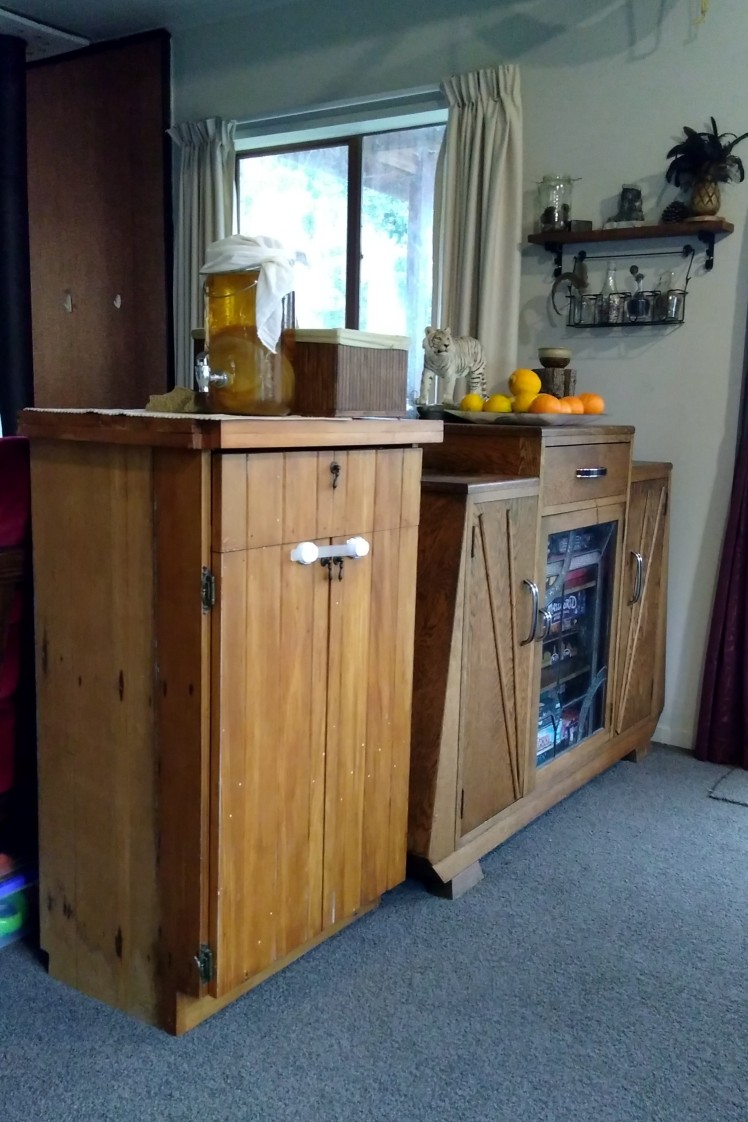 The weather has cleared this evening and I was pleased to be greeted by a very bright almost-full moon and his starry friends shining out from a clear, dark sky as I went to say goodnight to the chickens. The air is crisp but boy, is it good. It will be a frosty morning, but tomorrow holds the promise of a sunny day with a few more to follow. The soggy ground needs it. And I need it. Tomorrow was supposed to be pruning day, but the small child will have the last say on that.